Closer to Their Dreams in Havana, Cuba

By CharityBallJune 18, 2017Ball Deliveries
No Comments 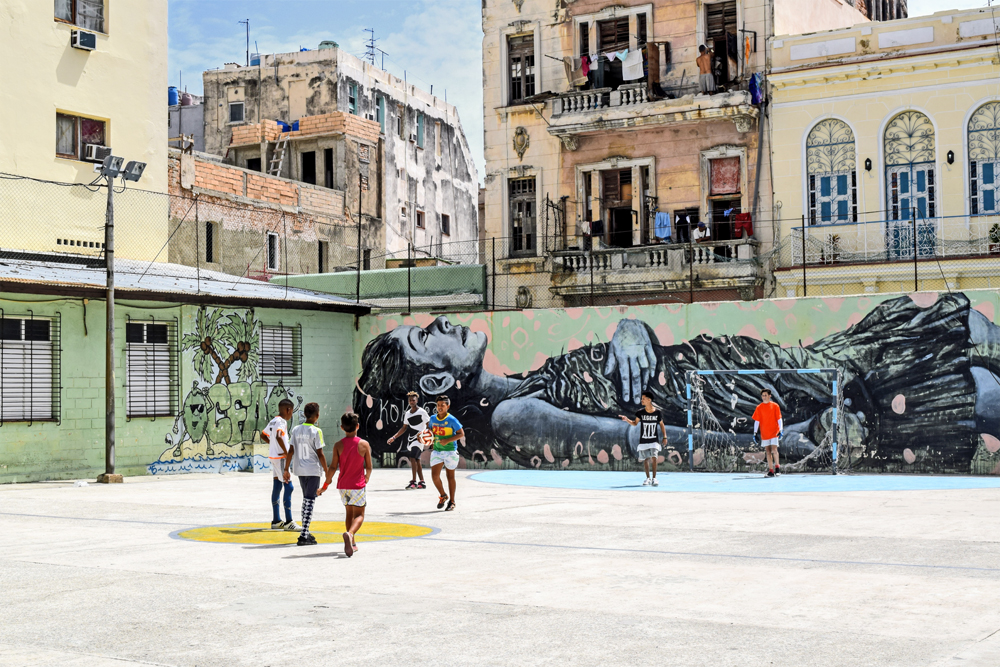 In 2016, travel restrictions from the USA to Cuba were historically lifted, making it possible for Americans to visit. Wanting to make the most of this historic opportunity, Charity Ball courier, Ginger Lu, booked a flight and set out to make the world a little more beautiful for kids on the island nation. 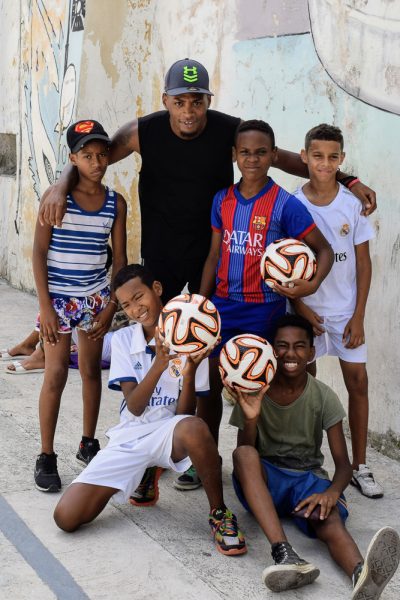 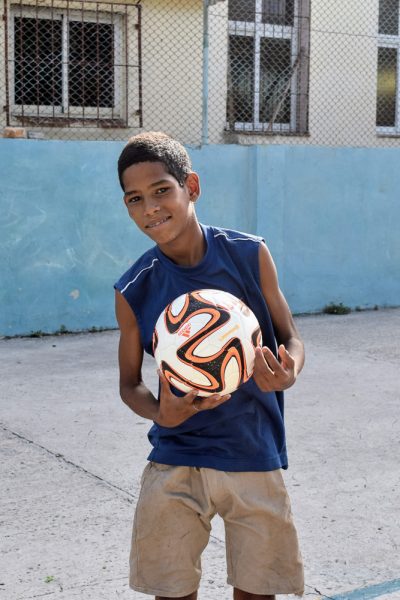 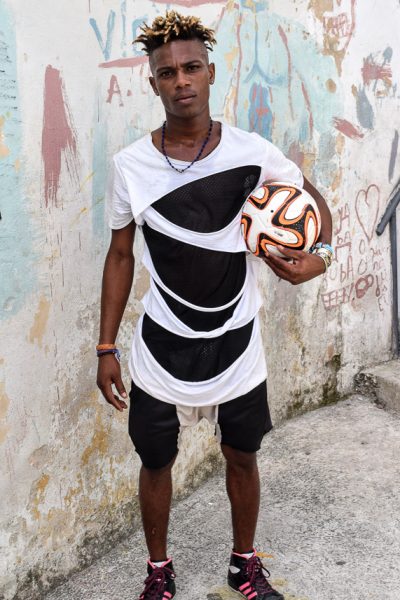 By: Ginger Lu.
Ginger is a freelance writer located in Chicago, IL.

Walking through the streets of Old Havana, the first thing that caught my eye were the rows and rows of colorful, but decrepit houses, and then the sounds of street vendors selling their batido de mamey or guarapo, drinks made from sugarcane and guava fruits. I rounded one corner and found myself in an old abandoned parking lot, which graffiti artists had turned into a place where children come to play sports. Even on a hot summer day, there were many children of all ages playing a pick-up game of soccer with a ball made of newspaper and crushed soda cans tied up with a piece of twine.

I approached one of the youths, Carolos, an aspiring professional soccer player at eight years old who was watching his older brother Jaime play a game with his friends. He told me that they came to the park to play every day after school. The rising popularity of the sport in recent years can be explained by increased access native Cubans have with the rest of the world.  Both children and adults can be seen playing pickup games on empty alleys and streets, making do with what little they have. Soccer fever has caught and spread with the young men of the island nation. However, soccer balls are still hard to come by for the majority of players. Apart from government and military officials, the majority of the citizens of Cuba make salaries that equal our $20 a week. Carlos said that on some days, they would have a ball to play with. More often than not, they would have to wait at least an hour until one of the lucky kids that owned a ball arrived so that they could start a game. I put one of Charity Ball’s new soccer balls in his hands and told him,”para ti, de tus amigos en los Estados Unidos.” For you, from your friends in the United States. He shouted with joy and ran off to show his brother and their friends. Within seconds, I was surrounded by happy kids hoping to get their hands on one of these prized possessions as well.

Children in the United States take these simple moments for granted, but for a child growing up in poverty, these moments mean more to them than words can explain. Jaime told me that they keep up with their favorite players, Cristiano Ronaldo and Lionel Messi, and aspire to be like them one day. Having the necessary equipment to practice will help them get one step closer to their dreams. With increased travel to Cuba opening up from the United States, we can begin to make more of a difference as time goes on to positively impact futures for hundreds of children. 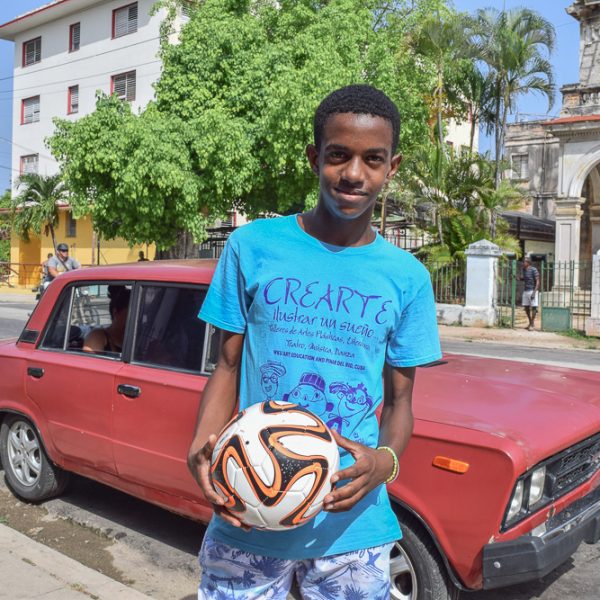 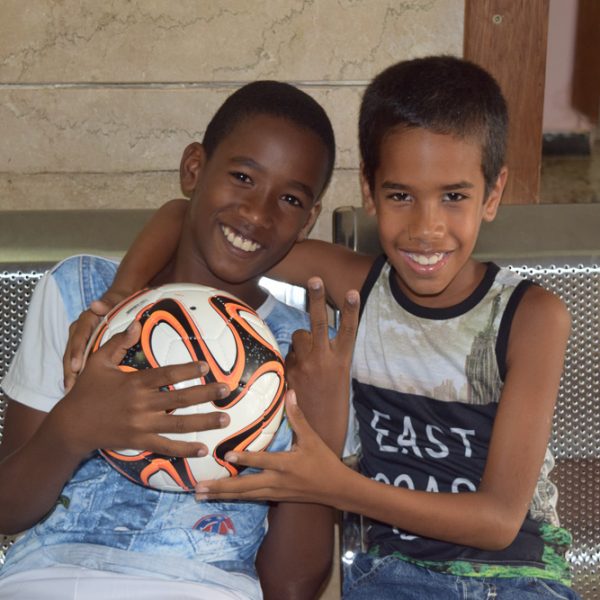 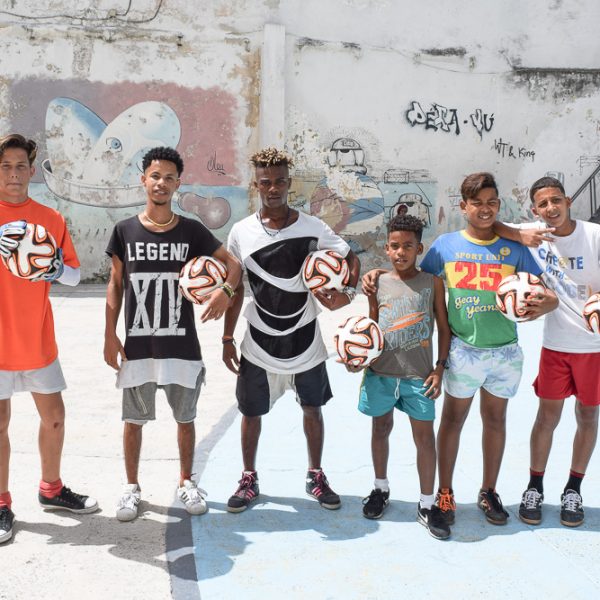 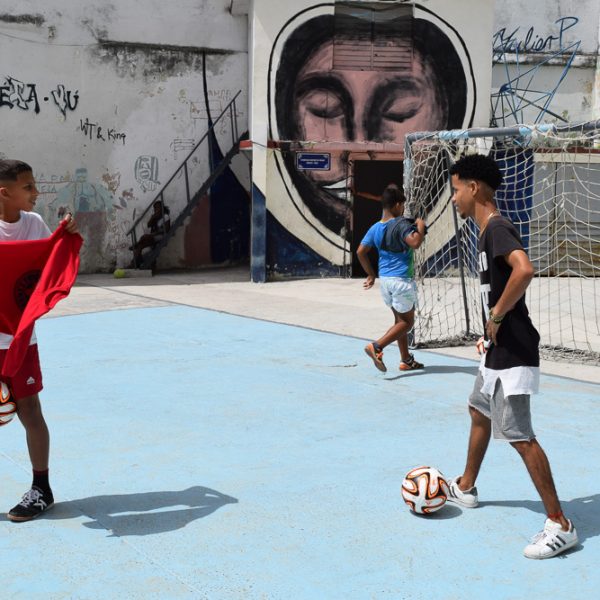 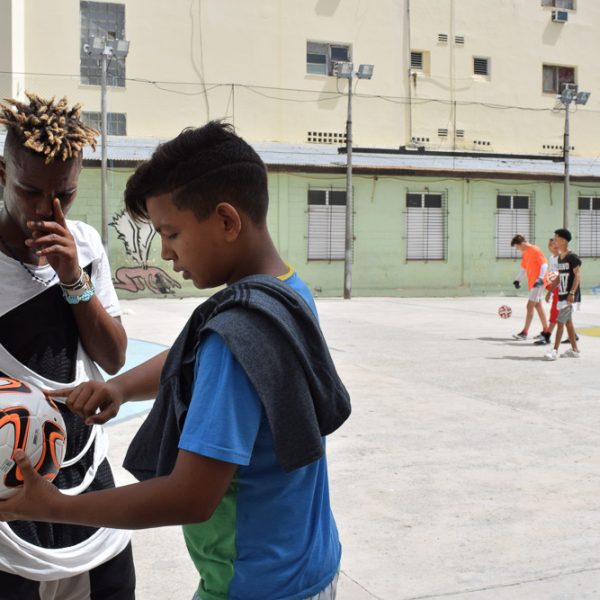 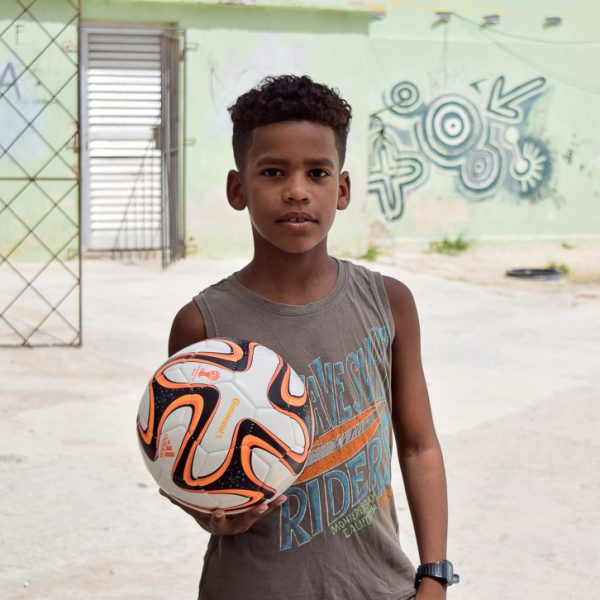 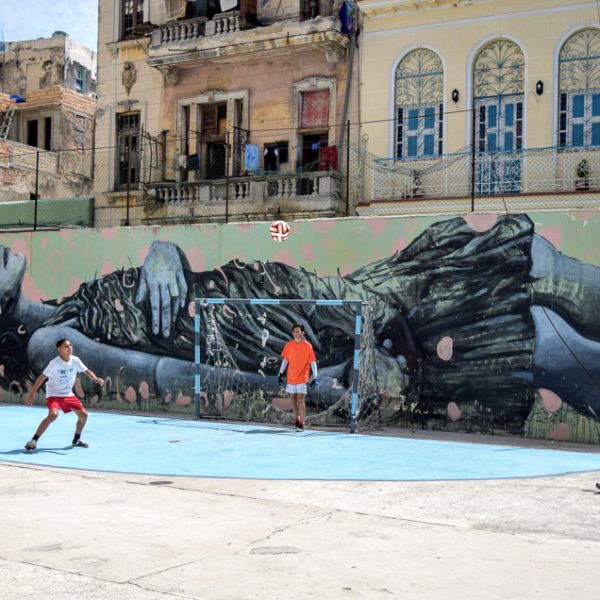 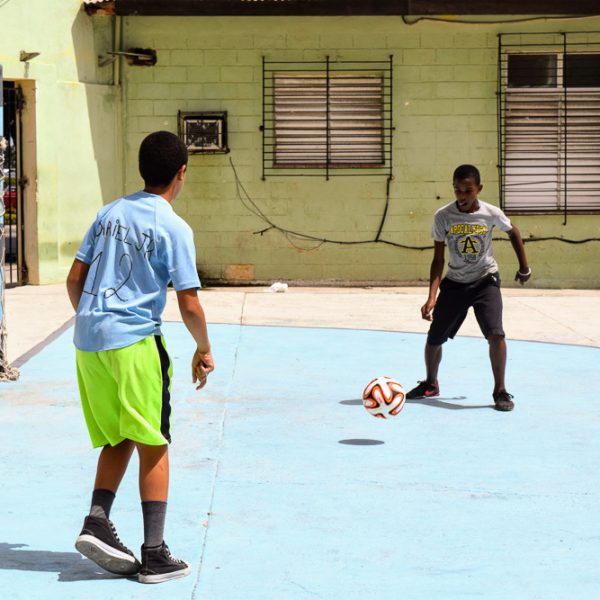 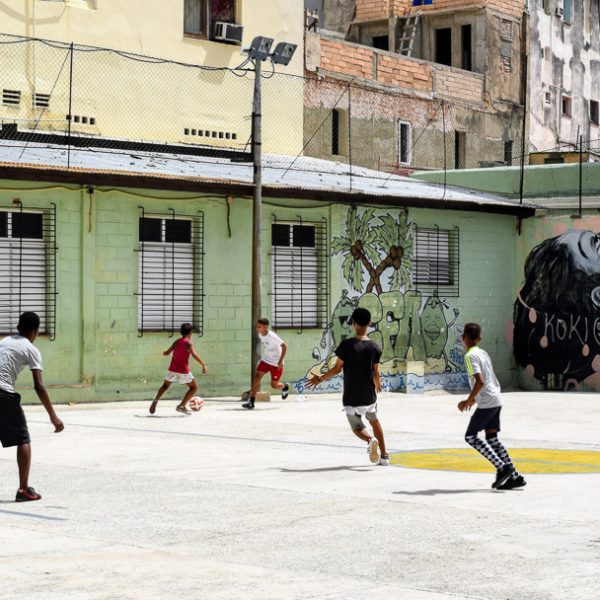 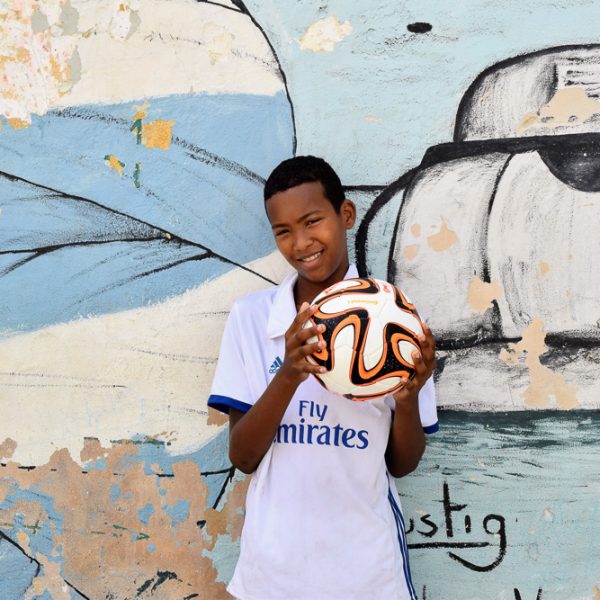 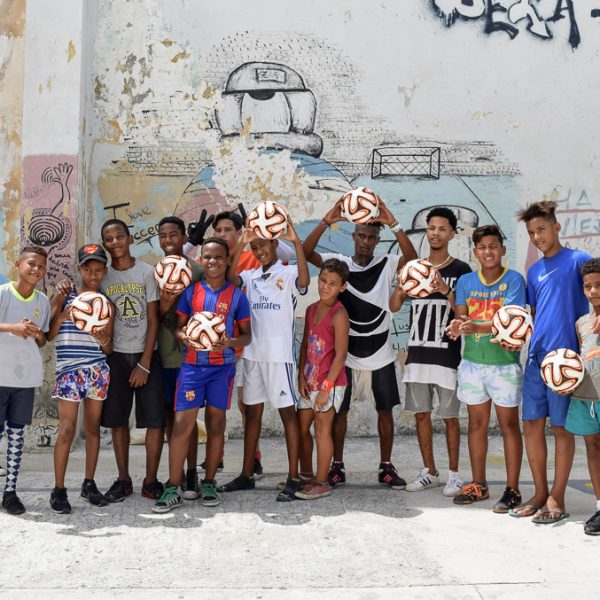 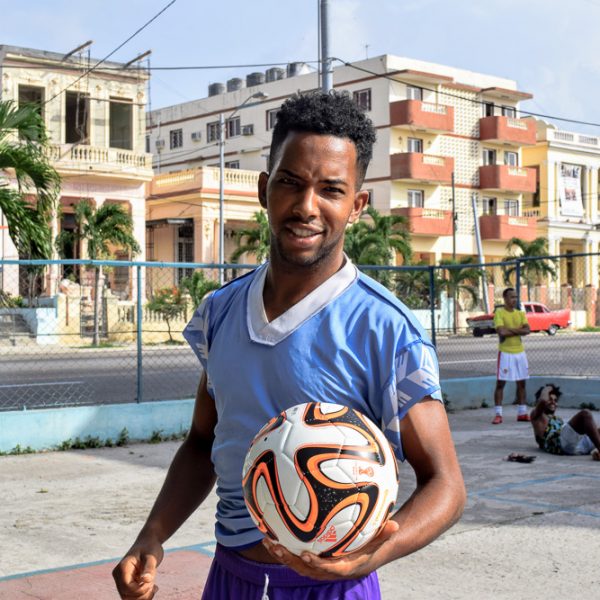