By mikejohnsOctober 3, 2016Soccer Culture
No Comments 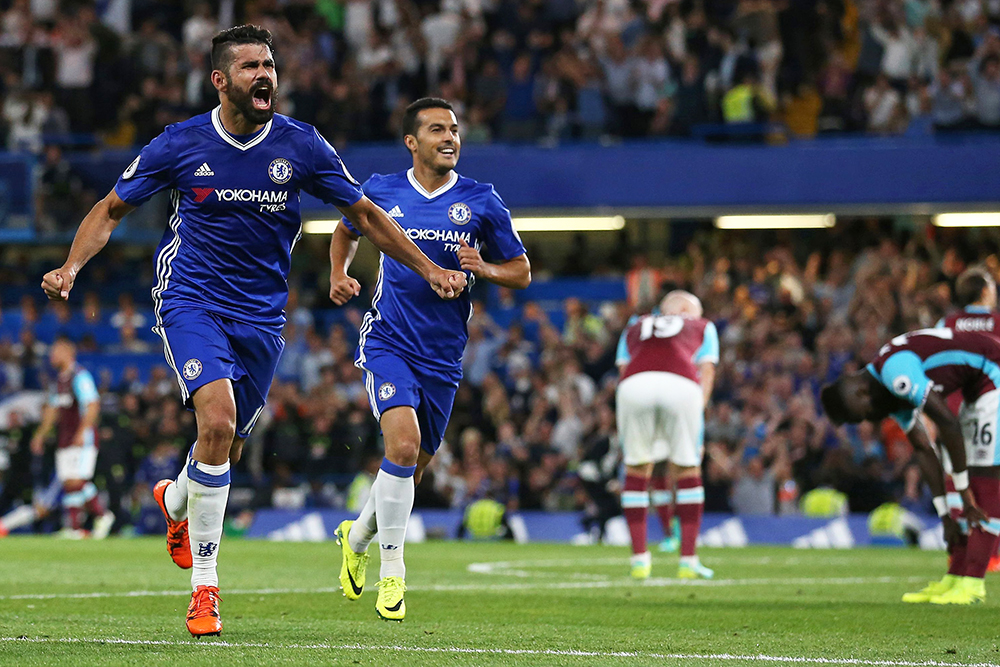 There were some big match ups this weekend, whether we are talking about Tottenham v. Manchester City, or Jose Mourinho trying to stay in the top four with all the big names that Manchester United have bought this past transfer window. But, outside of those events, we saw Diego Costa absolutely kill it against Hull City. He finished the game with an assist and a goal, which is why I am choosing him as player of the week this week. In the 61st minute, Costa found himself getting a lucky bounce off a defender, then finding Willian, who had a brilliant finish past David Marshall.

Diego Costa, in the 67th minute, had a spectacular finish hitting the upper-ninety easily. Matic started the counter attack in Chelsea’s defending third. Hull City gave him plenty of space to continue dribbling up the field, all the way into their eighteen yard box. Matic found the easy pass to Costa who seamlessly finished, giving Chelsea the brace. Chelsea continue on to win the game 2-0 against Hull City.

Onto fantasy soccer, those who decided to purchase the $10.0 million probably ended up having a spectacular week. He scored 12 points this week, proving he is worth the money. Looking towards their next game, they will be playing Leicester City. This weekend is International Break, so their next game is not until the 15th of October. Leicester has a large center back who has seemed to handle Costa pretty easily in the past. Costa has been held scoreless in four straight games against Leicester. My word, I would not play Costa against Leicester, meaning you might need to find someone that can get a couple points.