Evan Hoffman is a motorcycle rider and enthusiast who works for AIG (American International Group). After a visit to Africa almost 10 years ago, and learning that 6 million Africans die every year from preventable diseases, he decided to do something about it.

“I thought there must be a way to have an impact on a situation going from bad to worse. I began to think that there must be hundreds, if not thousands of bikers at AIG around the globe. What better way to have an impact than to engage the AIG biker community to help the cause? Bikers have always banded together and if you compound that with the giving spirit of AIG employees the possibilities are huge. We could have an enormous impact on a continent in dire need of help.” 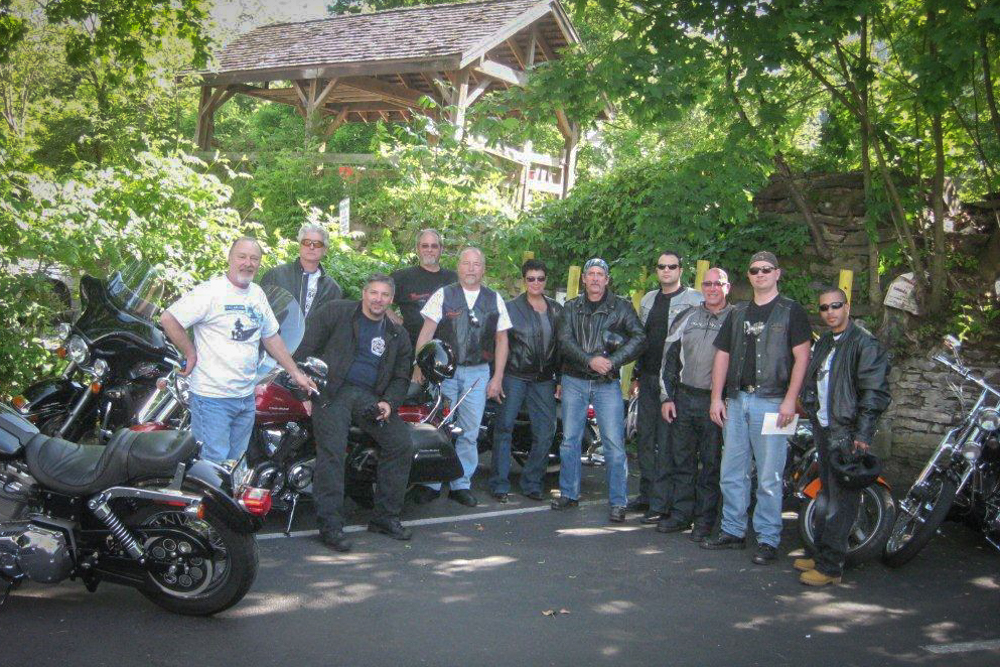 To kick things off he began rallying the AIG community, inviting them to ride for Virgin Unite’s Heaven’s Angels campaign. Heaven’s Angels provided motorbikes to rural healthcare workers in Africa who delivered medical supplies to people in need. Since 2010 over 300 bikers within the AIG Global Network have annually ridden and raised thousands of dollars for exemplary charities like Doctors Without Borders, The Susan G Komen Foundation and The Health & Social Development Foundation. 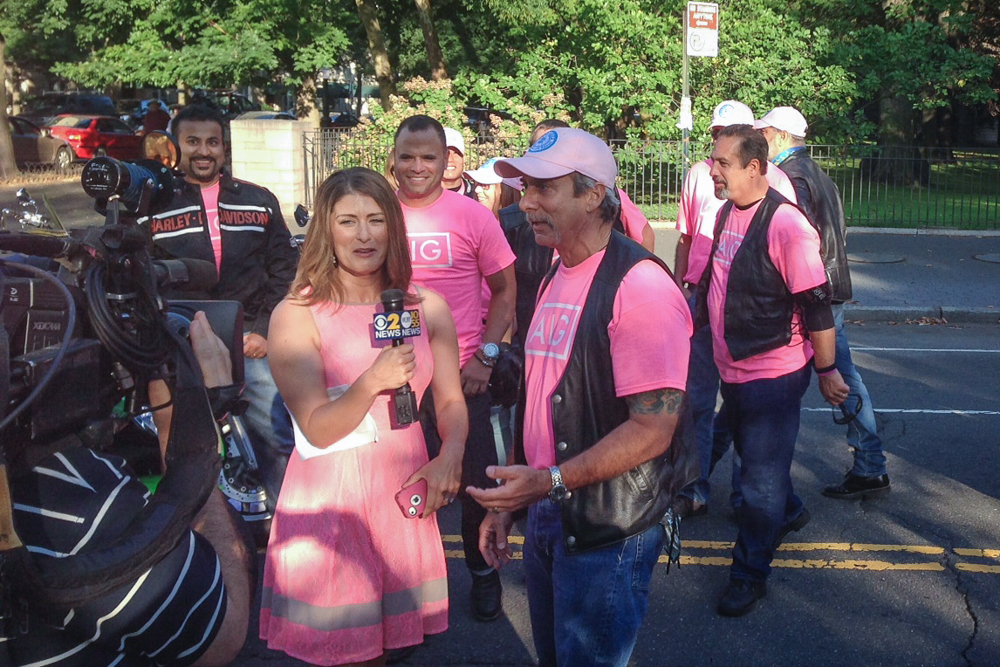 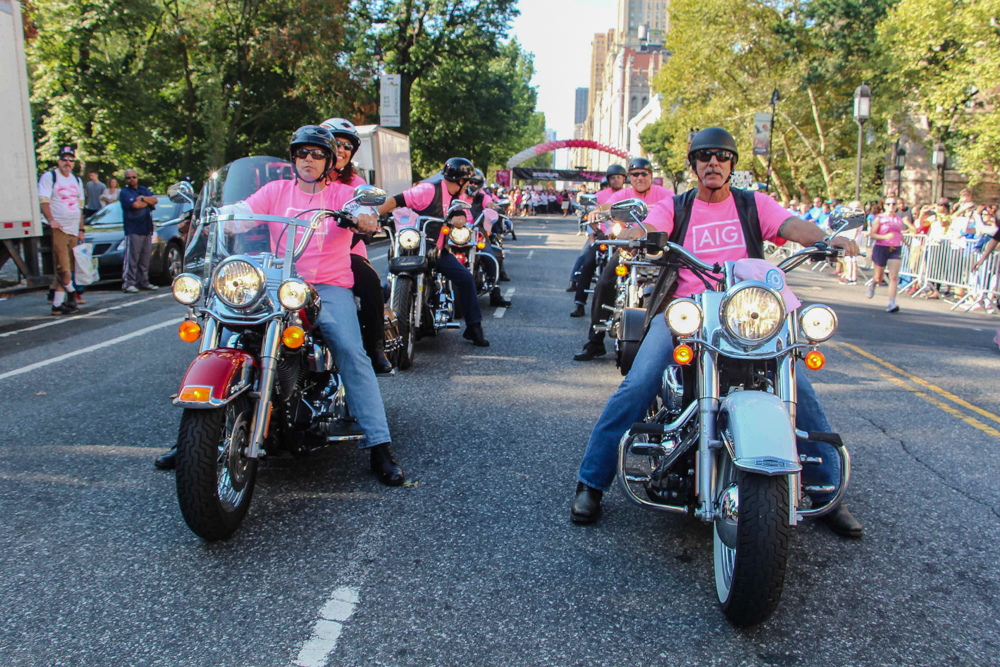 This past summer, the ENGAIGERs picked Charity Ball as their 2017 charity of choice. True to form, members were invited to rally and ride for the cause during the months of July and August. Sponsored donations would match every mile/kilometer ridden up to $10,000. By the end of the project over 175 riders from 12 different countries logged 16,000+ miles! 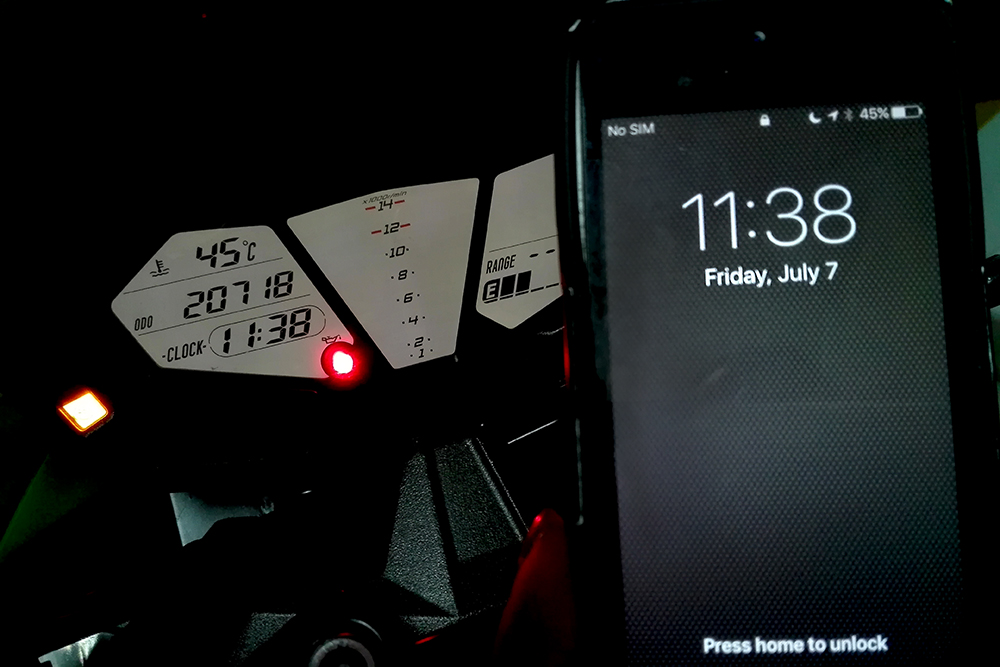 ENGAIGERS submitted a photo of their odometer and a readable date reference at the beginning and end of the fundraising period.

On behalf of Charity Ball, we want to thank Evan and the ENGAIGER community for their incredible work and the $10,000 gift. We’re convinced that there is nothing better than using what you love to do to make the world more beautiful for others. Keep riding, keep making a difference!

I’m thrilled to announce our newest campaign partner, The Globe Pub-the Best Sports Bar & Grill on the North Side of Chicago. 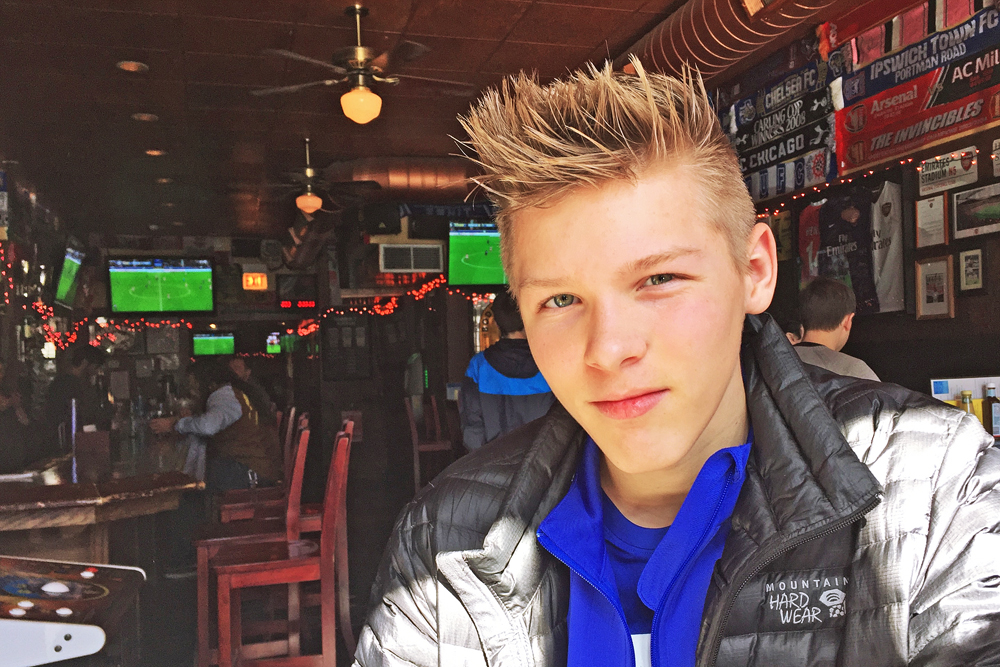 A couple of my friends from the Windy City told me about this authentic sports bar, where local futbol lovers gather each week to enjoy a few brewskies, have a good meal, and support their favorite team. Last February, on my way to Northwestern University, I stopped by and got to experience it firsthand.

It has to be, without doubt, the best local sports bar I’ve ever been to. Outside it looks like your typical grill, however when you walk through the door you quickly realize that this is something special. Every room is filled with televisions, all placed in strategic locations for you to watch the big game while enjoying the all popular Fish & Chips or Avocado BLT Wrap. The walls are plastered with vintage signed jerseys, classic supporters scarves, and other forms of unique soccer memorabilia. I guess I can’t say I’ve gotten the full experience of the pub considering I can’t drink yet, but I definitely know where I’m headed when I turn 21. 🙂 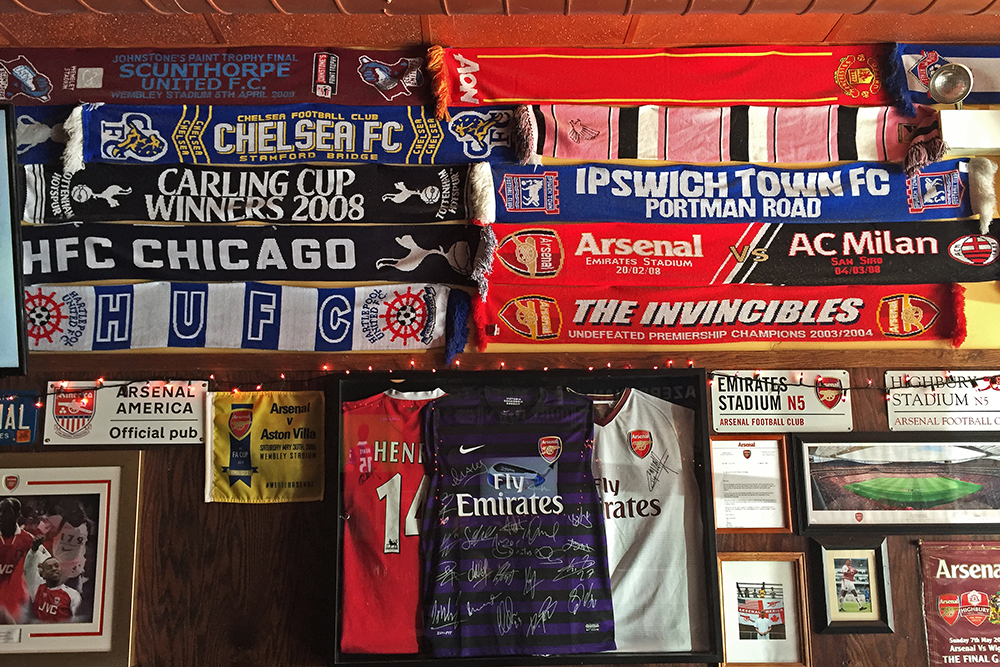 This past summer, I gave Megan (one of the managers) a call to see if they would consider doing something with Charty Ball. She was all about it. She got me in touch with Patrick Stanton. What a guy! Patrick also manages The Globe and coaches soccer at FW Parker High School. He’s been great to talk to these past few weeks and I couldn’t think of a better guy to be leading this campaign for The Globe.

Patrick laid out an astonishing goal of raising $10,000 for Charity Ball. You can check out their campaign page and make a donation here.

It’s so cool when businesses use their resources to do something to help kids around the world. I’m really excited to have these guys in the mix!

If you’re ever in the Chicago area… be sure to stop by. 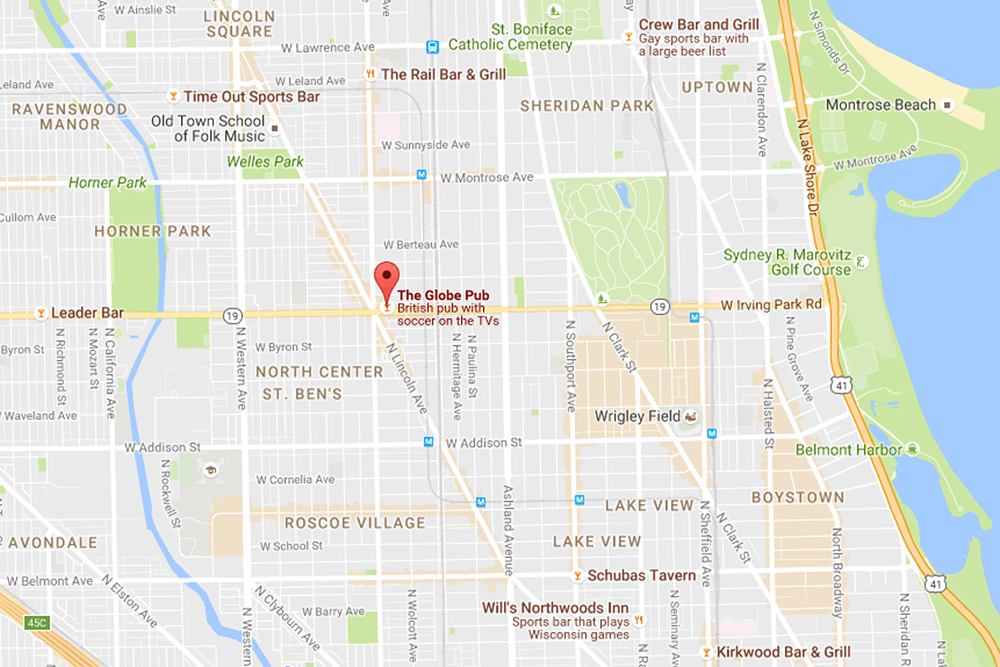 Better yet, donate to the campaign here. 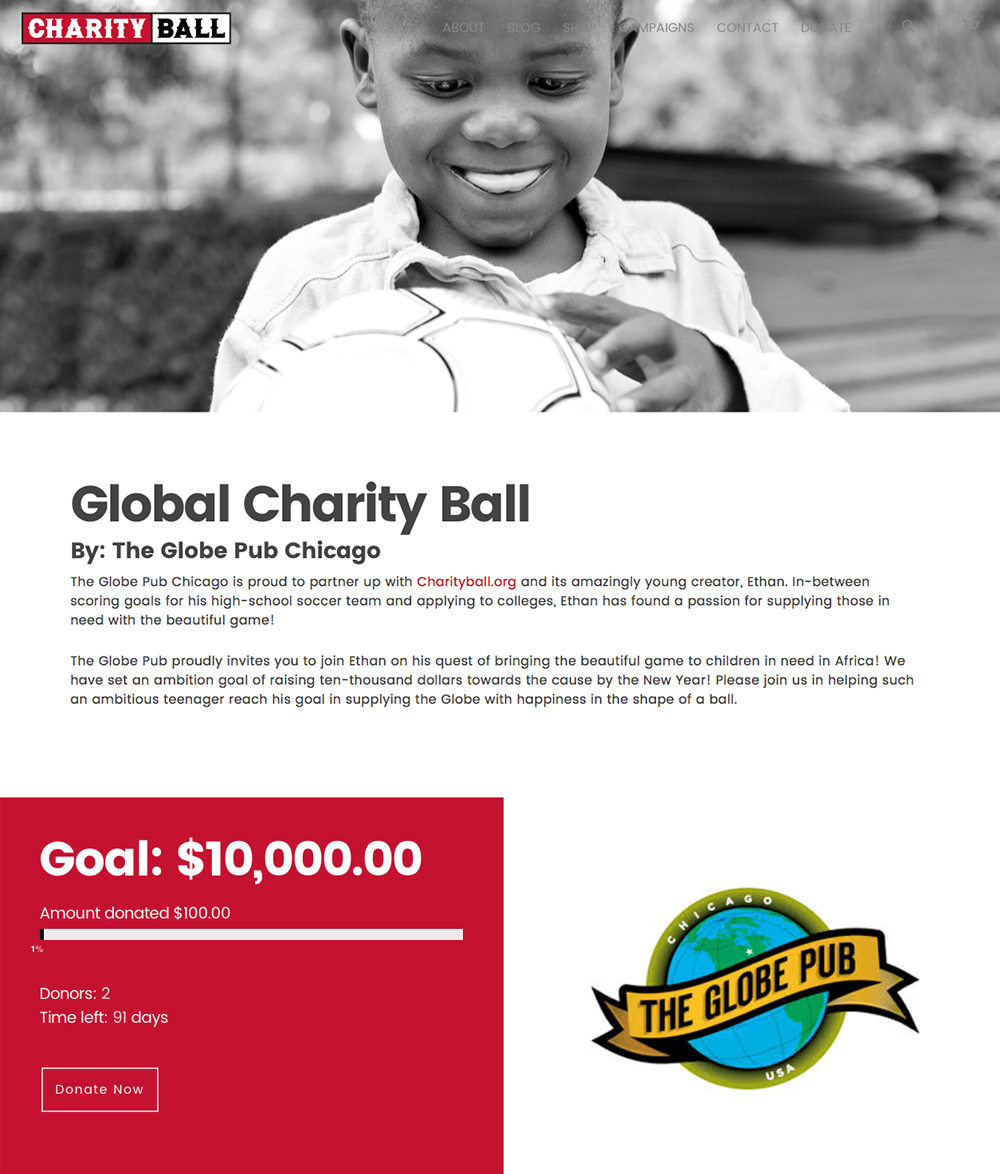 By CharityBall Fundraisers, Get Involved

We’d like to thank Xtreme Consulting Group for launching the first Charity Ball online fundraiser with our new campaign interface. Xtreme is using their company event to invite employees, family and friends to join them in making a difference in kids’ lives. Each dollar donated at their event or online will be matched by Xtreme. Check it out here. 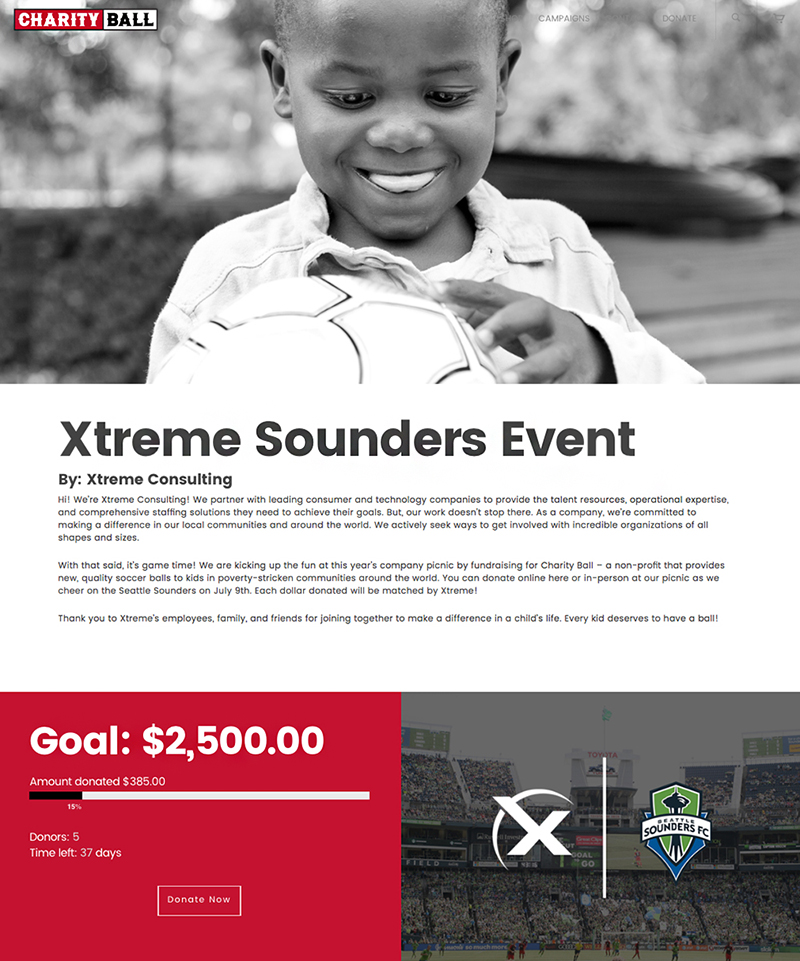 Interested in having your company, group or team start a Charity Ball online fundraiser? Contact us to get started or register your own campaign here.

Thanks for helping us make the world more beautiful!

Last week Sunday morning, the Total Sports Complex in Novi Michigan was the site for a competitive indoor soccer tournament hosted by Carlie Castiglione in an effort to raise money and awareness for Charity Ball. 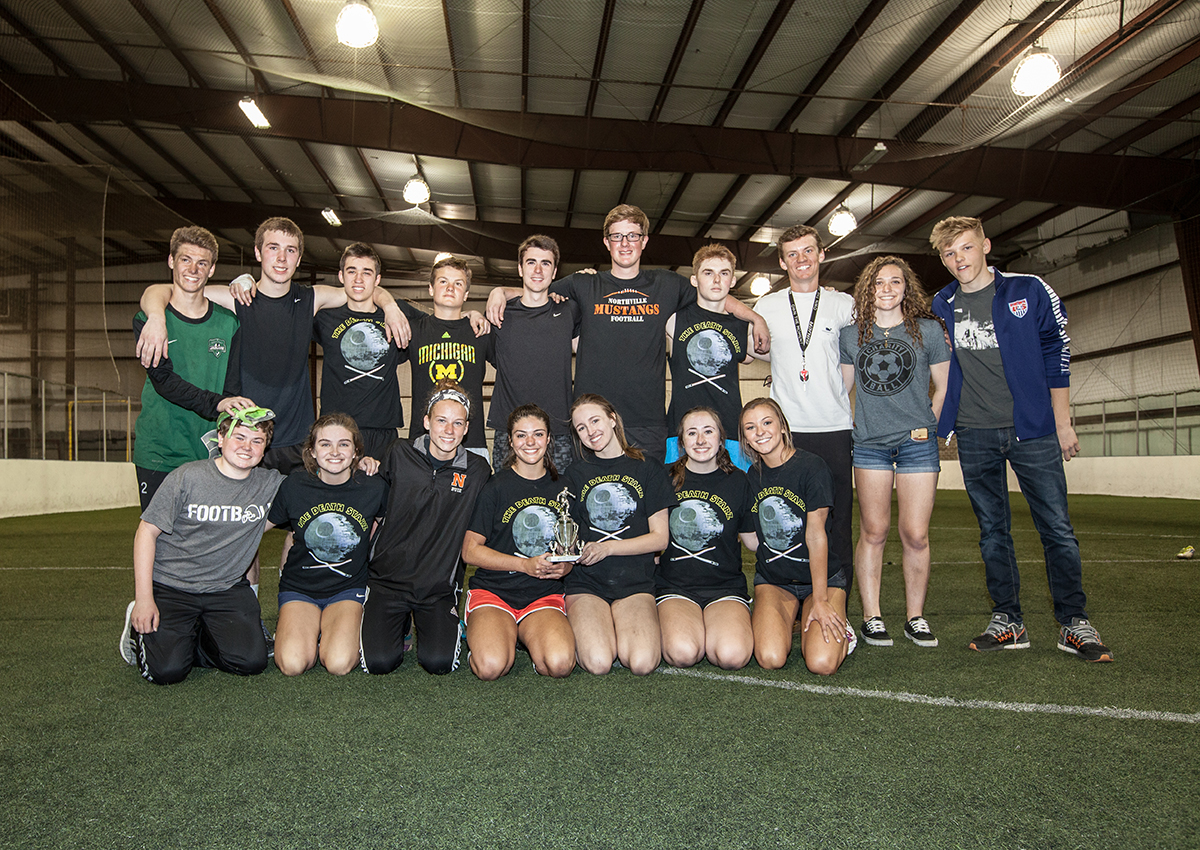 Carlie spent months planning and organizing the “Let’s Kick It! “event; obtaining a venue, registering teams, pulling in sponsors, and requesting donations for raffles and food. She also rallied her classmates from Northville High School to participate, and over 50 students played in the charity soccer event. Since I was in the area, I decided to check it out, and I was able to ask her a few questions.

Q: “Tell me about a little bit of what’s going on here today.”
A: “Today I’m running a soccer tournament and donating the proceeds to Charity Ball. For this soccer tournament each team is guaranteed three 35 minute games, then semi’s and finals.”

Q: “What does it mean to help kids?”
A: “It means a lot to me, I actually love doing it. Monday for (soccer) team practice we taught Special Ed kids how to play soccer. It makes me feel good about it because everybody has helped me so much; and giving back is the right thing to do.”

Q: “You could be doing anything else today. What’s your motivation for doing something like this?”
A: “To help you and help everybody else. I mean, everybody deserves a little bit of help.”

Q: “Do you have advice to anyone who’s thinking about doing something like this?”
A: “Go for it. It’s a lot of work but it really pays off in the end!”

Q: “What are your future plans?”
A: “Maybe next year to do something like this again and get more people out here!”

Huge props to Carlie for raising a total of $1,674! Her efforts will help give new soccer balls to over 65 kids in poverty-stricken communities. Way to go!

If you are interested in doing a charity event or online fundraiser for Charity Ball, please contact us.

Recently, we’ve had an increasing number of kids wanting to start their own fundraiser campaigns for Charity Ball. As a result, we’ve decided to start a new blog series called “Charity Ball All-Stars.” Several of our campaign heroes will be featured and highlighted in these posts for the next few weeks.

First up… Kaveen Chandra – a 13-year old kid from North Carolina who started his own campaign, “Soccer For Hope” He’s already raised $2,196 and is on target for $2500. Check out what he has to say!

Ethan: What was your motivation for starting the “Soccer For Hope” campaign?
Kaveen: One day my dad encouraged me to find a charity to donate to. I searched google for soccer charities and Charity Ball caught my eye. I realized that instead of just donating $50, I wanted to bring awareness to this charity to help kids all over the world so I started “Soccer For Hope”

Ethan: What are some of the creative things you did to raise money?
Kaveen: Some things that I did to raise money were the easy things like emailing my friends and family. However, I asked them not to just donate but to pass on the word. My dad put my link on his Facebook page and I realized that was a brilliant idea. So now I ask people to put the link on their Facebook because that is a quick way for lots of people to see it. Another interesting idea that one of my mom’s colleagues had was to tweet soccer players asking for re-tweets and donations – so even if 10 of those soccer player’s fans donate that is 10 more soccer balls.

Ethan: What did people say when they heard about what you were doing?
Kaveen: Most of the people that I asked for donations from donated and passed the word. They fully supported what I was doing and asked me if there was anything else they could do.  I couldn’t have had more support throughout my journey.

Ethan: What was the best part?
Kaveen: The best part about doing this is knowing that you are helping kids get HOPE, that is why my fundraising campaign is called Soccer For Hope. Being satisfied with what I have done means everything to me.

Ethan: What would you say to other kids that want to do something like you but don’t know how?
Kaveen: I would tell other kids just go for it. You have nothing to be afraid of. The worst thing that could happen to someone who is trying to do what I am doing is that no one donates. But I’m 99.9% sure that’s not going to happen. Just go for it!

Ethan: So what’s next?
Kaveen: What’s next for me… I don’t really know but I do know I am not quitting now. I just met with the owner of Dunn Physical Therapy (photo below) and I asked him to put up a flyer about Charity Ball. He loved the idea and even wants to put this on his website. 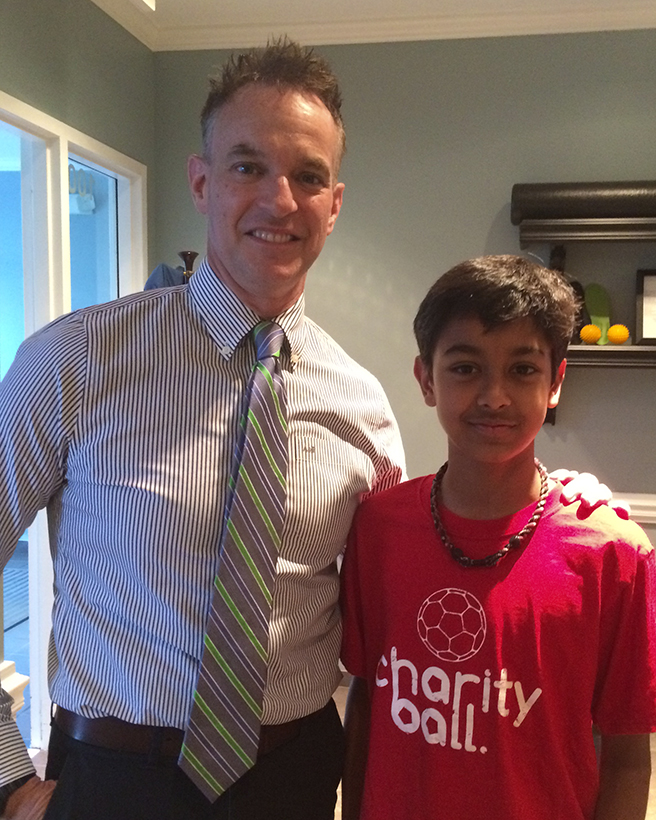 Way to go Kaveen! Thanx so much for your passion and huge heart.