By CharityBallAugust 23, 2017Game Changers
No Comments 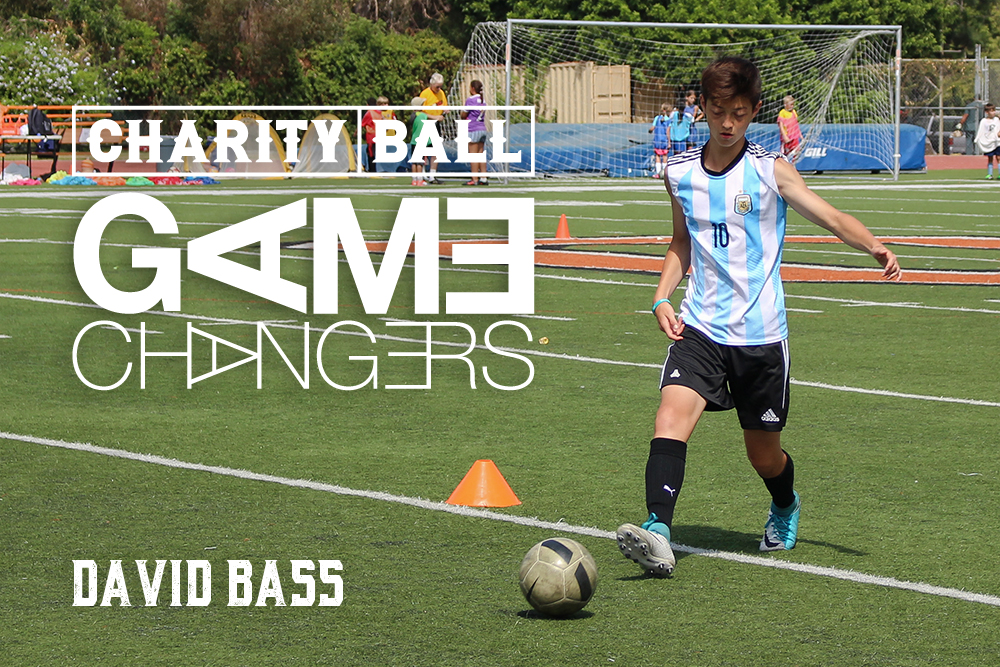 David is a student-athlete who is hard-core about his academics. At age 14 he’s already planning to attend an eastern US Ivy League school like Harvard or Yale. When he’s not hitting the books, he’s hitting the pitch and doing what he loves most—playing the game of soccer.

A resident of Tokyo, Japan, David plays for his American school team in the forward, winger and midfield positions. “Dribbling and taking players on is what I really enjoy,” he said.

At the beginning of summer David dropped us a note and indicated that he wanted to do something to give back. His bar mitzvah was coming up and his Rabbi encouraged him to use it raise money for a charity. With a passion for The Beautiful Game, Charity Ball made perfect sense.

After defining a big goal of $2000, he went right to work—setting up an online campaign page and inviting people in his circle to donate.

He also invited friends and family to come to an organized event on the roof of his synagogue. Here’s where it gets really cool. David’s Rabbi has a soccer-loving dog named Peter. Believe it or not, Peter is an insane goal keeper. No lie, this dog can compete with the likes of De Gea, Buffon and Neuer.

David set up a couple small goal nets and gave his guests the opportunity to shoot on Peter. Guests simply needed to make a donation in any amount to get 5 shots. If you hit the net, you’d win a prize. You’d think it would be pretty easy to score on a dog. Not Peter. David said that Peter stopped almost every shot. Check out the video below to see Peter warming up against David.

When everything was said and done, David raised a total of $3,352—that’s 137 new soccer balls. “The word Mitzvah means doing something good for others. That’s what this project has been all about,” he said.

We asked David if he had any words of advice for other kids his age.

David, thanks for helping make kids’ lives more beautiful. Our world needs more game-changers like you!

© 2023 Charity Ball. All Rights Reserved. Charity Ball is a 501(c)(3) organization based in the United States. Privacy Policy