About 6 months ago I was contacted by two brilliant people named Scott Balaban and Elizabeth Sarquis. Elizabeth is the founder and CEO Global Gaming Initiative and Scott is the Development Director. GGI helps those in need around the world through entertaining and inspiring mobile games. They had the great idea of creating a game for the iPhone and Android platforms that would promote and help sponsor Charity Ball. For the last half a year, we’ve been working with them to bring this idea to life.

The game is called “Winning Kick” and the objective is to score as many goals as possible in 30 seconds. It applies some of the simple fun of Flappy Bird and also has a classic 80’s arcade game feel. It is very addicting, and in some moments you to want to throw your phone across the room, which is part of the thrill and experience, right? Not only are you having fun playing the game, you’re also helping get brand new, quality soccer balls to kids in poverty-stricken communities around the word. It’s a win-win and the perfect way to give back — 50% of the proceeds to go Charity Ball! 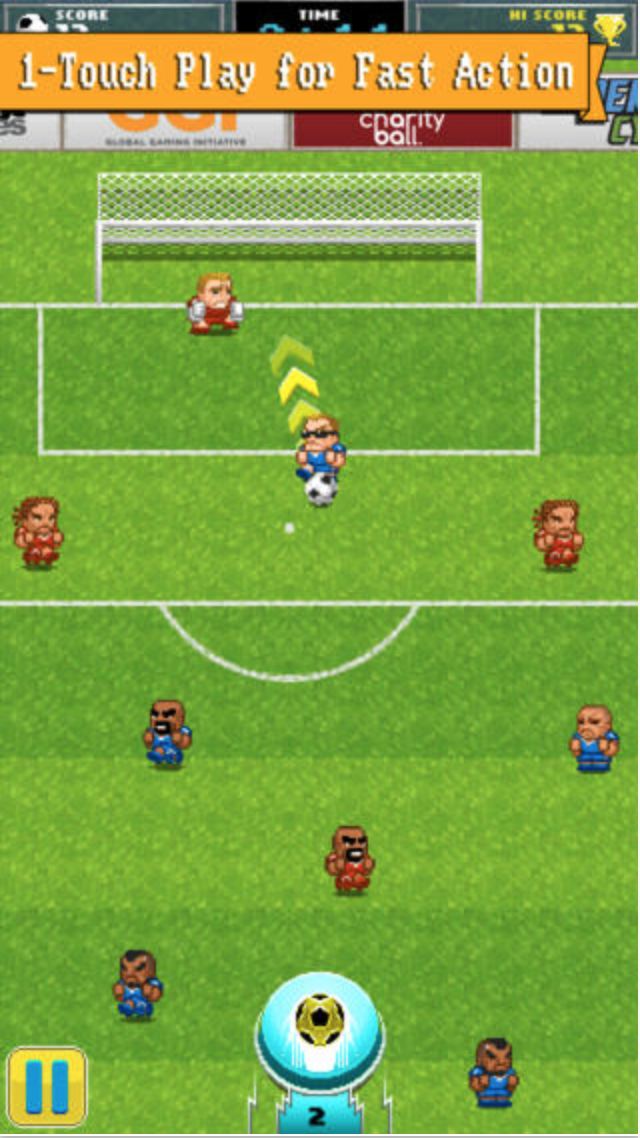 Go to the app store now and get in the game:
for Android or for iPhone

Naperville Fire: Playing for Something Bigger

A few weeks back, a small U12 team from Naperville, Illinois decided they all wanted to play for something bigger. They designated one of their final league games to raise money and help kids around the world get new, quality soccer balls. I caught up with Coach Chris Bonney for quick interview on how things went. 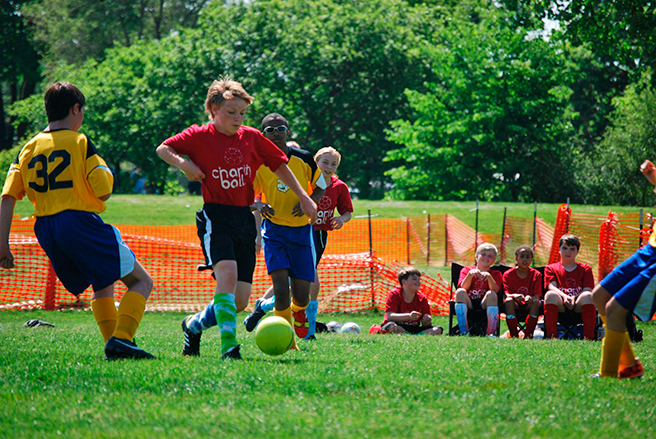 Ethan: Whose idea was it to dedicate a season game to play for Charity Ball?

Chris: I learned about Charity Ball through Twitter. I’ve been following so many things around the 2014 FIFA World Cup and your organization popped up. I checked out your website and watched the “Pass the Ball” video and fell in love with the idea. I was surprised I had not heard of it before. When I saw a picture on the website of a team wearing Charity Ball shirts (LINK), I thought, “this is perfect, exactly what we want to do”. We have a great bunch of kids on our team who understand the power of generosity and are always looking for good things to do. When I told them about my idea, they fell in love with it.

Ethan: Why did you guys decide to do this?
Chris: Once we were familiar with Charity Ball and understood the level of awareness we could bring to our community, friends, families, and other soccer compadres – we thought it would be a great way to get the word out. We love what Charity Ball does. We think it’s a really cool thing. Like you, we wanted to give back.

Ethan: What would you say to other teams/clubs/people that are thinking about doing something similar?
Chris: I would say go for it! Do it tomorrow if you can. Do it every game! It was a great experience, not only working with your organization, but also having people say to you, “Hey, what’s Charity Ball?” It’s not only a great way to bring attention to soccer, but also what soccer can do for others.

Ethan: What was your favorite part?
Chris: Other than winning the game, it was each step of the game. The refs lined us up and we told them that we were playing to help kids around the world get new soccer balls. The same day we played for Charity Ball we did crazy sock day, so it was cool wearing CB shirts and having our kids wear all these random soccer socks! Afterwards, as we walked through the line to shake hands, we gave everyone on the other team a CB card/ flyer to show them what we were playing for that day. Also, at halftime, (for our cheer) instead of saying, “Go Fire”, we said, “Go Charity Ball.”

Ethan: How did it make you and the kids feel that you were playing for something bigger?
Chris: Awesome. It felt awesome! When we went to a Chicago Fire MLS game the next day, everyone showed up in their Charity Ball shirts, and we didn’t even plan it. Everyone went home that night, washed their shirt and wore it the next day. It showed how passionate the kids were about your organization and making a difference. They all also wore them to school on Friday. I also think as a coach, it also inspired them to play better as well. 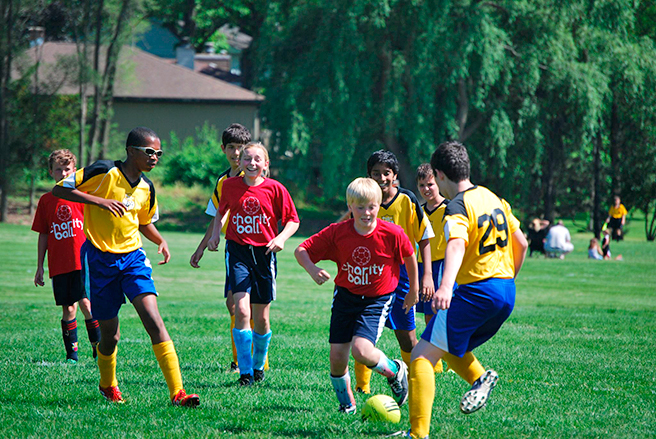 Chris, thanx for the interview, and special thanx to team Naperville Fire for helping us share The Beautiful Game with other kids around the world. Better yet, thanx for reminding all of us that kids can make a difference and change the world.