Giving Back: 500 Soccer Balls to Kids in Brazil 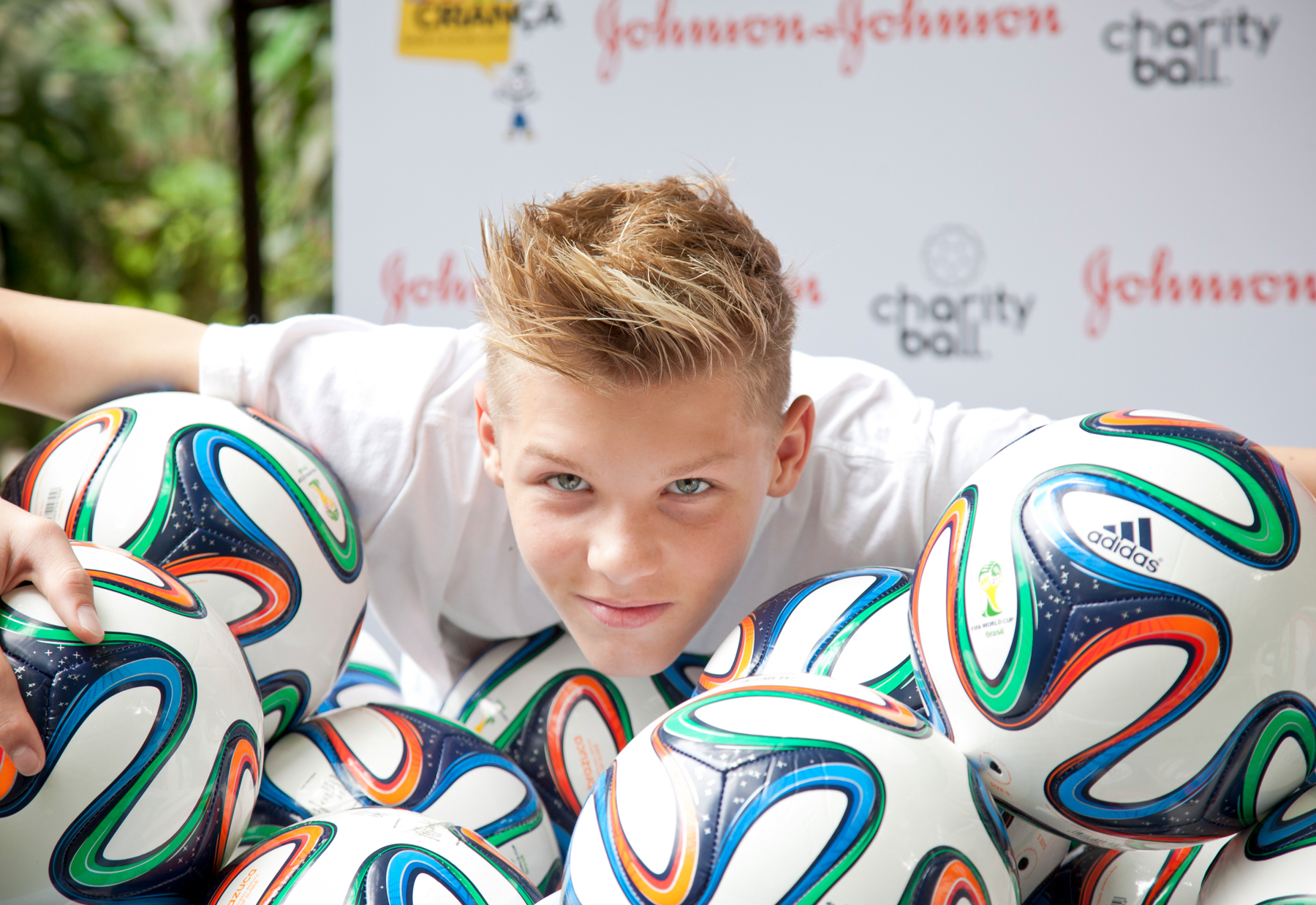 Two weeks ago I hopped a plane and flew to Rio de Janeiro, Brazil, one of the recent host cities for the 2014 World Cup. Without a doubt, Rio is one of the coolest cities I’ve ever visited. The style, the people, the vibe, the love of soccer/football – it’s all amazing. So much of the culture resonates with who I am as a person. I hope to get back there in the near future for an extended period of time to explore and learn more about the Brazilian way of life.

I learned that there two stereotypical perceptions of Rio; a exotic beach-city, or an illegitimate slum city. A majority of the people who live in the favelas are operating below the national poverty line and make less than $2,000 a year. While there definitely is a discrepancy between the metropolitan city, right off Copacabana beach, and the favelas on the outskirts, the truth is they’re both full of beautiful people who all have the same love & passion for the Beautiful Game. 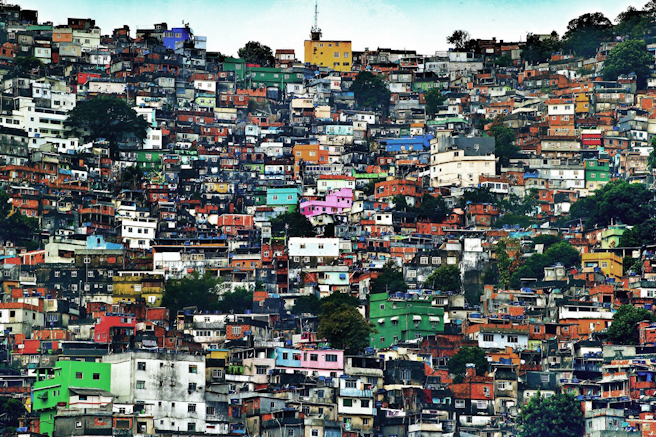 Shortly after arriving we met up with our film crew. Brian Sewell was the production manager and a really great guy to work with. We loaded up a few vans and headed to the famous Salaron Steps to take some photos and shoot some B-roll for a video that will be released by Johnson & Johnson very soon. My bro, Jade, and I juggled and passed the ball around on top of the steps while the crew grabbed some footage. The steps were super-cool and a neat little enclave in the maze of city streets. 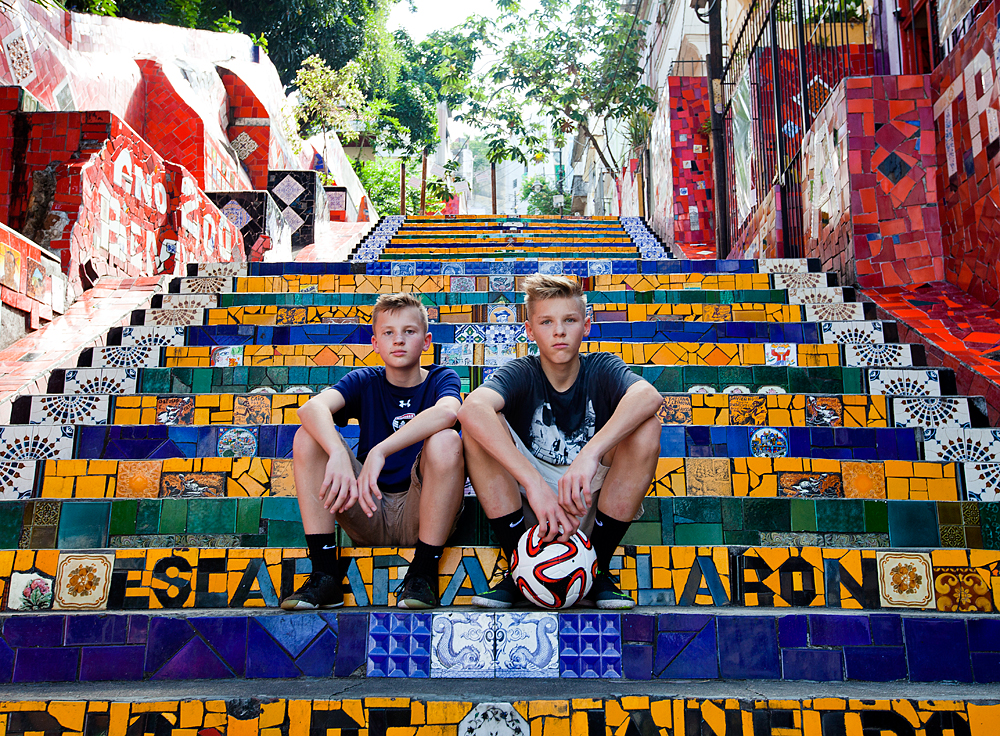 After finishing up at the steps, we traveled to a small bay area across from Sugar Loaf Mountain. This is one of the well-known landmarks in Rio. We shot some more footage and then headed over to Copacabana beach. Copacabana is awesome. It’s lined with sand soccer fields as far as the eye can see, as well as soccer-volleyball nets. I remember seeing glimpses of it on TV during the World Cup. We shot a few more scenes and called it a day. 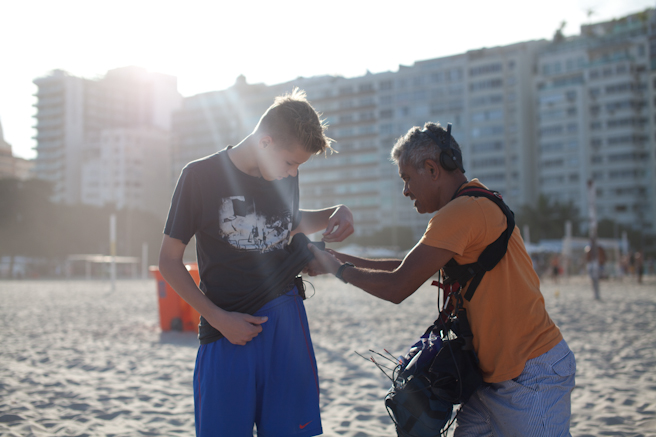 The next morning was the main event. We got up early and headed to the center of the city. Charity Ball, Johnson & Johnson and Saúde Criança, (a local NGO that helps families break the cycle of poverty) hosted a special event for kids where we hand-delivered new Charity Balls. 500 kids who live in favelas received their own new soccer ball. I was really impressed with the collaboration and how the event was organized. It was excellent.

However, the best part was meeting the kids and seeing the anticipation on their faces as they arrived and waited to receive their new ball. The event was sweet. There was music, laughter, games, celebration, and I even got to dance with some of the Brazilian teenage girls. Not too bad. 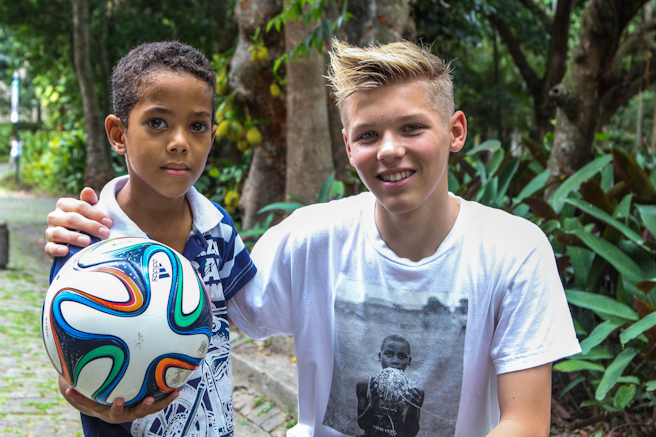 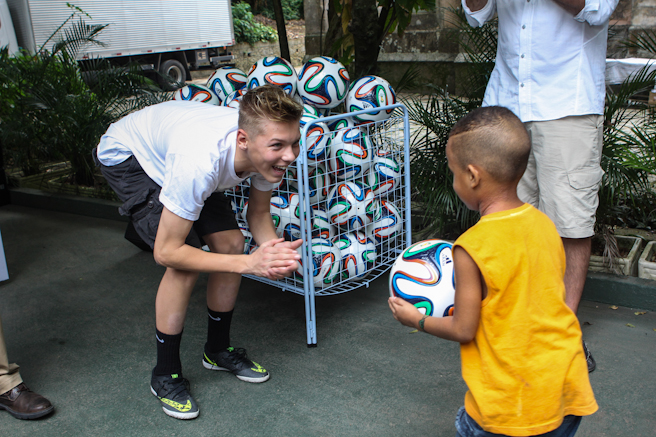 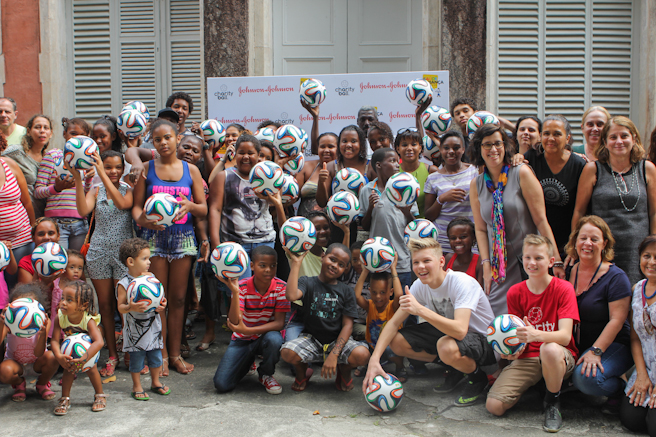 The event wrapped up around 3pm and we headed over to see the Christ The Redeemer Statue. Apart from delivering the soccer balls to the kids, this had to be one of the coolest moments of the trip. Looking out across the skyline, seeing the city, the beach, the favelas, and the Maracana World Cup stadium was fantastic. 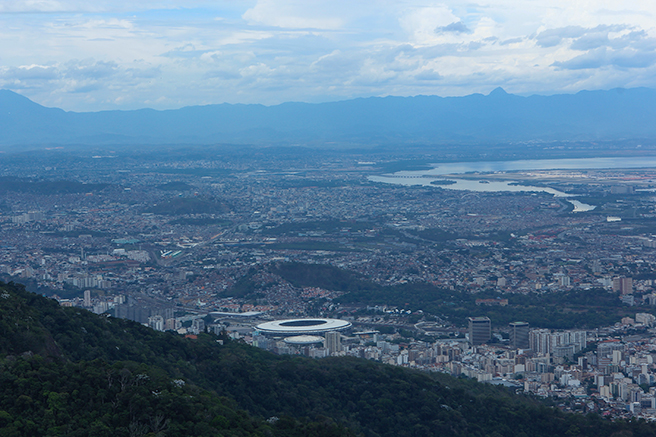 The real eye-opener came on the final day. We were able to connect with a guy by the name of Zezinho who actually lives in Rocinha, the largest mountain-side favela in Rio. 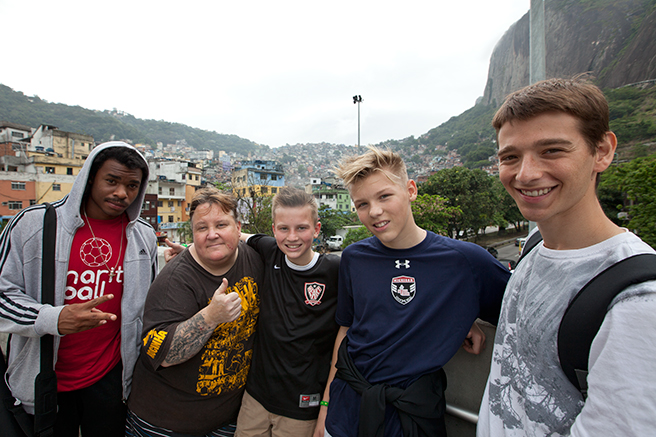 We all jumped on a bus and headed to the top. This time we chose a different tactic for hand-delivering balls. Zezinho knows a lot of the kids in Rocinha and helped us identify which ones would truly benefit from a gift like this. The first boy we gave a ball to couldn’t believe it. His name was Felipe. When I asked him if he wanted a new soccer ball, I could tell he didn’t think I was serious. I smiled, reached inside my case and grabbed a new Adidas soccer ball. As I began to inflate it, his face lit up with excitement. When I had finished and handed him the ball, his jaw dropped to the ground. He kept saying thank you over and over. I was personally moved by how grateful he was. It’s one of the moments where the power of generosity effects the person giving as much as the person who is receiving. 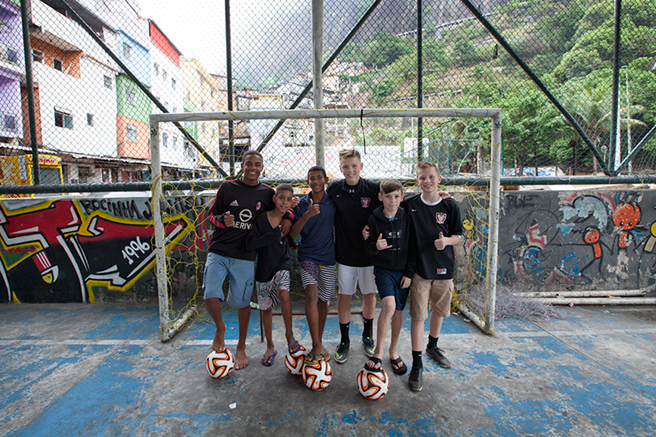 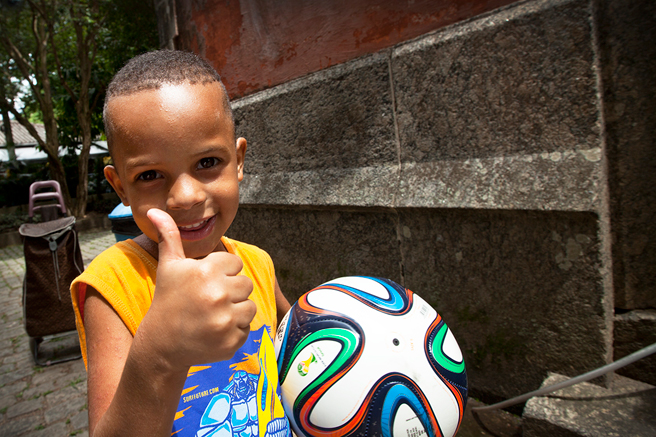 The Huffington Post invited me to write a an article about “What I learned about Love through Giving.” You can catch it here.