By CharityBallJuly 28, 2016Products
No Comments

Two years ago during the 2014 World Cup, Nike introduced a new pair of cleats that would replace the CTR360 boots; The Magista. Today a new iteration of Magista has arrived. 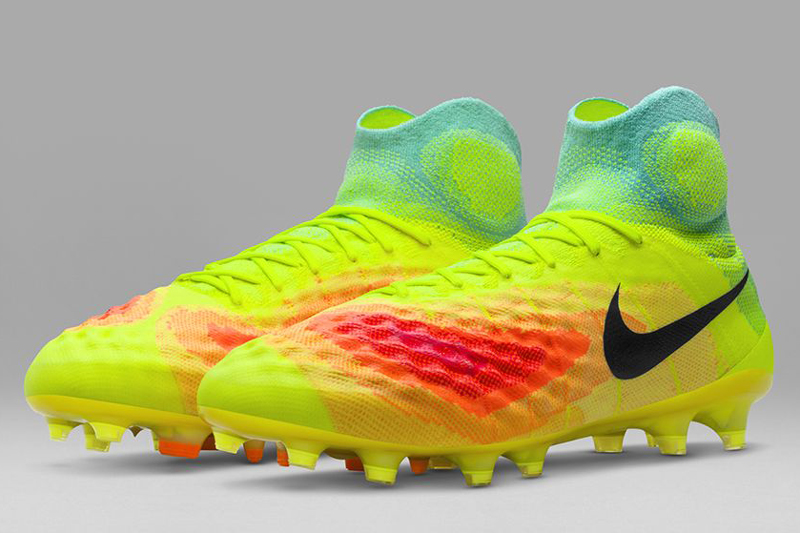 Nike spent the last two years researching and remodeling the Magista. They added a new material (3D Textured Touch) in areas of high use of the foot to enhance your touch on the ball which is represented by the new Heat Map color-way. Nike has also put four additional studs on the sole, called the Rotational Zone, which is ideal for quick turns during the game. The Flyknit upper has been changed as well to create areas of increased breathability. Nike has added the Flyknit upper to the Magista Orden, just like the Mercurial Veloce. Also, the cleat itself is 30% lighter allowing the player to move quicker with the ball.

At the start of the Euro 16, the Mercurial Superfly IV and a new skin for the Hypervenom was released. The Magista was not invited to the party because Nike wanted to make its debut during the 2016 Rio Olympics.